WHAT IS HEADER BIDDING?

WHAT IS HEADER BIDDING? 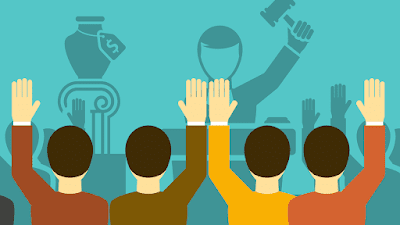 In the PREVIOUS ARTICLE,  you learned about the 5 ways programmatic trade methods. As you go back to the overall evolution of the programmatic approach, it is aimed at maximizing the competition of network companies to obtain inventory on a single, unified platform.

Among them, Header Bidding is in the spotlight making publishers can compare bids in real time for each of the demands.

SO, WHAT IS HEADER BIDDING?

Header Bidding, also referred to as pre-bid, is a programmatic approach that exposes the ads of the demand partner who presented the highest eCPM, providing inventory to a number of Ad Exchange and Ad Network companies at the same time, enabling them to participate in bids, before the publisher asks to Ad Server for ads.

Unlike the Waterfall method which determines the priority of exposure, comparing demand partner’s previous eCPM and Fill rate, Header Bidding is judged to favor profit taking over existing methods in that it brings all of the demand partners to the bidding to expose ads with the highest bid rates.

To implement the Header Bidding, we must use a particular Wrapper. The Wrapper, located in the header of the web page, requests the ads to a variety advertiser demand sources and compares their bid prices. There is the main Wrapper called Prebid.js. It was first developed in Appnexus and is now the most popular open source wrapper.

So Publishers can apply Header Bidding to their inventory ads via SSP, Ad Exchange or Ad Server which supports specific wrapper

The benefits of Header Bidding are as follows.

– Unlike previous Waterfall methods, by making all of demand partners participate in the bid, you can sell your inventory at a higher price.

– It simplifies the process of bidding, letting all of demand partners compete at the same time.

On the other hand, what are the disadvantages of header bidding?

– Overload of Ad Server: Header Bidding proceeds by requesting ads to multiple demand partners at the same time. As we have to calculate each of bids and expose the ads of demand who offered the highest unit price, it can overburden Ad Server.

To reduce the burden on Ad Server, there is header bidding in the form of Server to Server(S2S) which operates with a server in the middle of it, form bid requests to ad exposure to users.

Header Bidding is the most active in Web utilization. In America, where AdTech is already well developed, many publishers have been applying header bidding to their web pages for 2 ~ 3 years.

A typical example of using header bidding is Facebook Audience Network. Facebook launched its Audience Network in 2014, offering a range of advertising products, including banners, display ads, and video, based on Header Bidding.

When doing ads in Facebook, you can handle it with Facebook’s own ad platform and get an ad from other Ad Server companies that support open sources, such as Prebid.js and PubFood, to run Facebook Audience Network ads in your advertising inventory.